Madrid has many parks and gardens, and The ‘Parque del Oeste’ is well known for its amazing Egyptian monument.

What is an Egyptian Temple doing in Madrid?

This temple was built in the second century BC in the south of Egypt on the bank of the Nile river. But what is it now doing in Madrid?

In the 1960s, Egypt built the Aswan Dam in order to control the annual flooding of the Nile. This enormous construction project meant an overall improvement to the Egyptians’ quality of life, but many temples and archaeological sites were doomed to end up underwater.

For this reason, UNESCO launched an ambitious program: stone by stone they relocated all of this historical sites to places outside the flooded area. Spain, in thanks for its help in this project, received the Temple of Debod as a gift. We have had it in Madrid since 1972.

The temple of Amon and Isis

In ancient Egypt temples were considered the home of the Gods, where they physically lived. They were not made ​​for the people to pray in, and only the priest or the Pharaoh could access them to perform rituals to the deities.

The temple is dedicated to Amon, protector of sailors and father of all the winds, and Isis, goddess of magic and representative of the family love and fidelity in marriage. In the central chapel, there were two Naos with figures of these gods.

The original temple was smaller and subsequent Pharaohs and Roman emperors added the laterals chapels, pylons, courtyards, the “processional way” and the pier beside the Nile.

The main ritual is performed at dawn, when the priest entered and began the ritual with the figures of the gods, which were purified, dressed and adorned.  The priest offers them bread, wine, beer, meat and fish.  Lastly they were offered a statuette of Maat, the daughter of Ra, the Sun God. Maat represented the Order and Justice and was the true food of the Gods. The Temple in its beautiful location 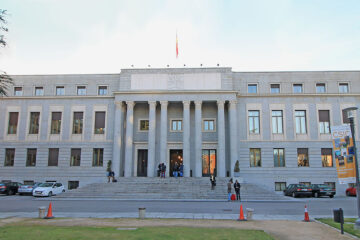