A hesit, 2.4 Billiion Euros at stake, a gang of thieves led by a man with a meticulous plan, who calls himself The Professor.

Sound familiar? It is the plot of TV show that has conquered viewers around the world, becoming the most watched non-English-speaking series in Netflix history: Money Heist (Casa de Papel).

Did you know that most of the action takes place in Madrid, and you can visit many of its filming locations?

Like the plot of this exciting thriller, which grabs our attention with unexpected twists, the locations we see in the series are not what they seem. Do you know which ones are real and which ones are not? Read on to find out:

The facade that inspired the iconic paper model that appears in the credits and that we see in the outdoor scenes is that of the CSIC headquarters (calle Serrano, 117). It is an important state institution dedicated to research and was chosen for its architectural resemblance to the authentic mint.

Another interesting fact is that this building actually lacks a roof, so many scenes were filmed at the School of Aeronautical Engineers (Cardenal Cisneros Street, 3).

If you’re looking for the authentic place where money is really made in Spain and fantasize about the idea of printing tickets clandestinely, you will have to go to the authentic Royal Spanish Mint (calle Jorge Juan, 206).

In this building you can visit the Royal Mint Museum, which houses the largest numismatic collection in Spain and one of the most outstanding in Europe. Here you can learn about the evolution of money from the origins of civilization to the contemporary age, passing through ancient Rome.

Parallel to the development of events at the robbery site, in the series we follow the Professor’s team for the plan to come to fruition. Many of these sequences take place in a remote warehouse in the San Blas neighborhood (Calle Miguel Yuste, 33), although be aware of another trick in the show, the address shown on the street signs is different.

As in the first seasons of the show with the Royal Spanish Mint, the location chosen for the Bank of Spain façade is not the authentic one. What we see on the small screen is actually the Ministry of Development (Castellana, 67), a majestic construction from the first half of the 20th century whose architecture is reminiscent of the El Escorial Monastery.

Next to the central Plaza de la Cibeles (calle Alcalá, 48) is where you should really look for the true headquarters of the main financial institution in Spain. This emblematic building from 1856, declared a Site of Cultural Interest for its undoubted historical and architectural value, custody has 9.1 million troy ounces of gold.

Is this treasure really protected by tons of water? In this other article we tell you the details about his vault and its relationship with the Cibeles Fountain.

At the beginning of the third season of the series, we saw it rain banknotes in this square, located next to the Gran Vía. It is a symbolic Madrilenian area, from here you can also see the iconic and unmistakable Schweppes sign.

Locations on the outskirts of Madrid

If you are a true fan and want to return home showing off photos from all the scenes of the series, there are other places that you must include your travel itinerary.

First, the El Gasco farm (Torrelodones) where the thieves prepare and test their first plan; the hermitage of San Frutos (Hoces del Duratón), the center of operations for the last seasons of the series and the Desguaces (Scrap yard) El Choque (San Martín de la Vega), where The Professor experiences very tense moments to tie up a certain loose end … 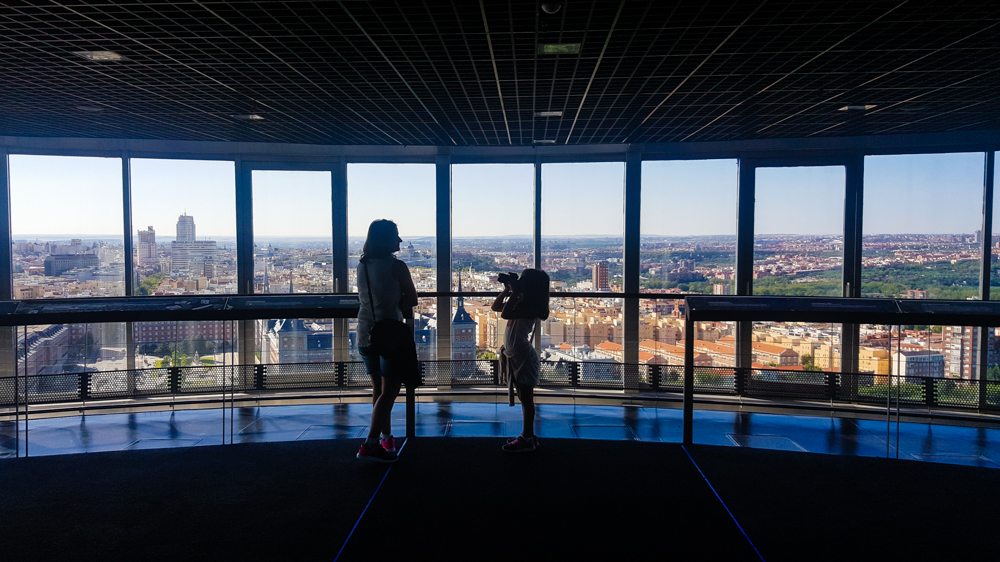 The ‘Faro de la Moncloa’ is a tower that was built as a viewpoint in 1992. The Observation deck is 92 meters high (301 feet) There is a glass elevator Views from Faro de la Read more…