Cava de San Miguel street and Cuchilleros street are located near Plaza Mayor. They are famous for its many restaurants, some of them over a hundred years old.

Short history of this is street and the formation of Madrid

This street has an interesting shape, like an ‘S’, because this was the location of the 11th century Christian City Wall. Madrid was a small city at that time, recently reconquered from the Muslims. What is now the Plaza Mayor was therefore outside the walls and when the city grew, the shape of the wall was transformed into a street!

Also if you look at the buildings, they are noticeably wider at their base than on the upper floors. This is so because they act as retaining walls for the Plaza Mayor, which is at a higher level than the street (it can be clearly seen on the stairs of the Arco de Cuchilleros). A selection of restaurants

Today, this area is occupied by numerous restaurants, which allow us to see the exposed brick caves and thick granite walls.

Following this little street is Cuchilleros street, with the same tradition for tapas and traditional restaurants, such as:

And crossing Puerta Cerrada square, you could continue on your tapa adventure along Cava Baja Street, the main artery of La Latina, “Mecca” of Madrid’s tapas. More about food in Madrid: Mesón de la Tortilla serves one of the best Spanish omelette I’ve ever eaten, and I’ve had a few ;) 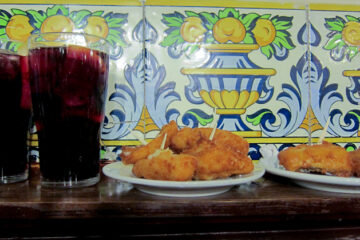 A Tapa is a small dish that is generally given for free when you order a drink at a bar, normally you don’t have a choice; it can be anything from some potato chips or Read more… 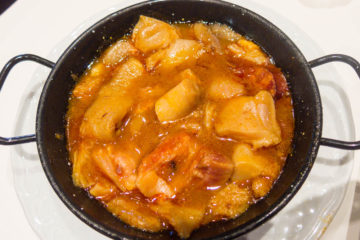 Delicious foods you should try in Madrid 🥘 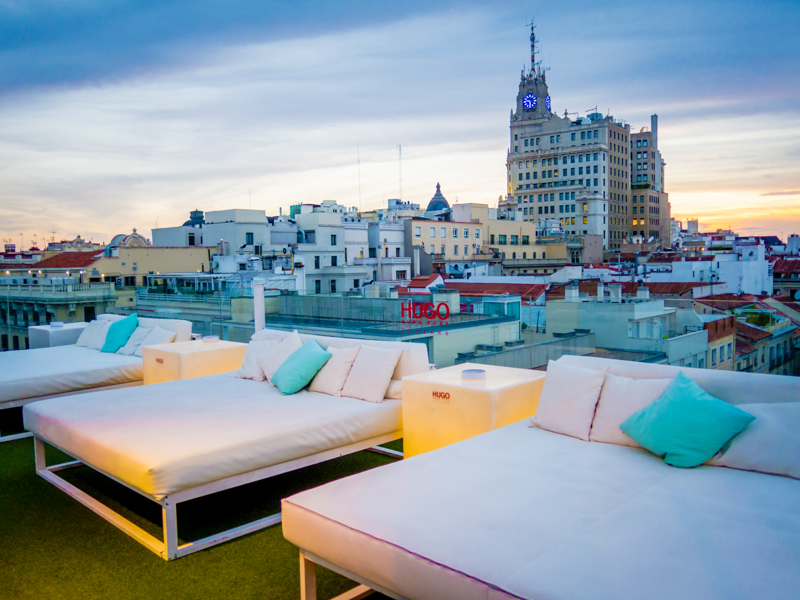 What to do in Chueca: Eating out, shopping and going out

Right in the centre of Madrid, Chueca lies between Gran Vía, the Paseo de Recoletos, the Barrio de Malasaña and Alonso Martínez. Between those typical Madrilian enclaves, life flourishes, this is the Gay District in Read more…