Manzanares el Real, a 45 minutes drive away from Madrid, is famed for being the gateway into La Pedriza and for its perfectly-preserved medieval castle. We recommend the plan that we followed this weekend – it consists of walking around La Pedriza before visiting the Castle of Manzanares el Real.

La Pedriza, part of the Sierra de Guadarrama national park, is a gorgeous place, and in order to keep is this way, please don’t drop litter!

Enter from the car park on calle del Tranco (see map below). From there, follow the route marked PR (with white and yellow lines) and the one marked GR (red and white lines). Basically, go parallel to the river, so you can’t get lost and it’s very widely used – but you can get a map from the tourist office if you want. Although we didn’t do this because of the lack of time, from there you can continue walking to Charca Verde (the Green Pool). The whole walk is lovely, full of little pools and waterfalls. The charming features have been sculpted by the flow of the river over the granite, a hard and impermeable rock.

It’s common to go the Charca Verde in summer for a swim, but my personal preferred bathing spot is futher along at las Presillas. It’s better controlled, with amenities and people who take care of cleaning it (and less dirty people who sully it, by the way)
The rest of the year it’s a perfect spot to go with children or the less adventurous types, because there’s barely any physically difficulty involved. As well as that, it’s a wonderful spot for photographers.

After the short walk (one hour round trip) we went back to the town, had a bite to eat in the main square and made our way to the castle. One of the many pools in the Manzanares river. Granite Landscape of La Pedriza. In the background we see Cuerda Larga. Building of this castle was started in 1475, at the end of the Middle Ages, by the First Duke of the Infantado and was completed during the Renaissance period. One of the architects was Juan Gas, who also made the Palace of the Infantado in Guadalajara and did work on the cathedrals in Ávila and Segovia as well as the Monastery of San Juan de los Reyes in Toledo, which would later be the mausoleum of the Catholic Monarchs.

It’s hard to believe that this castle has been so well preserved – this is due to a couple of restoration projects in the twentieth century.

Today, it remains the property of the Duke of the Infantado, but is looked after by the Community of Madrid. These days, some of the exhibition rooms can be visited, there’s a recreation of a medieval castle, a display of 17th century Flemish tapestries. Other rooms are used for conferences, courses, meetings, a library etc. Oh, and you can go on a theatrical tour too. Entrance to the castle, you have to cross first the walls and then the tower keep. Upper gallery with amazing views of the town and the lake. Patio of the castle in the tower keep. It has the access to the temporary exhibits and the permanent collection. 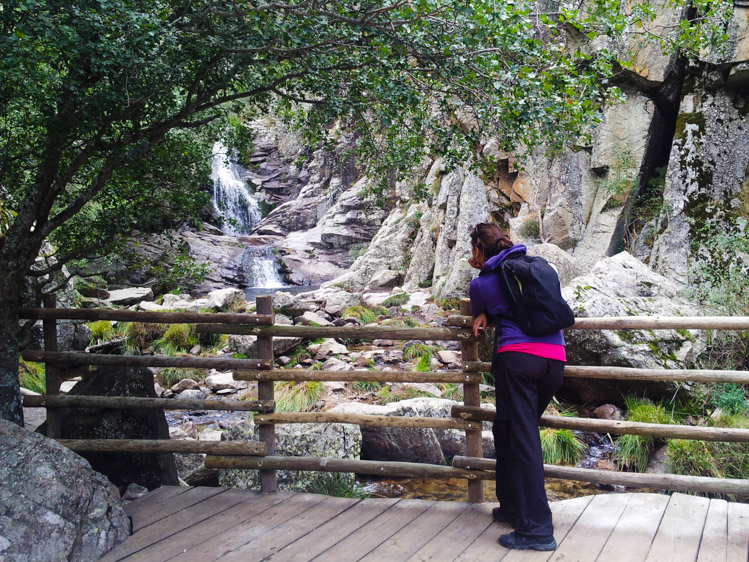 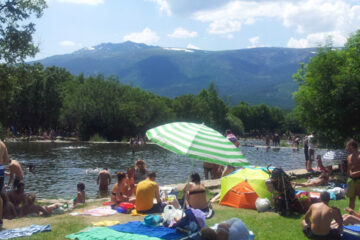 Even though there are many swimming pools in Madrid, there aren’t that many natural ones. One of the most popular places for Madrid people is the Natural pools Las Presillas that is situated in Rascafria. Read more…