Puerta del Sol has 10 streets that come out like a star, in all directions, and Arenal streets takes us from here to Opera and Oriente square. It is a very busy pedestrian street, with many shops and beautiful buildings.

Why is it call ‘Arenal’ street?

Arenal means ‘Sandy area’, so the origin of the name is easy to guess. This area was in the suburbs, outside the city wall. It was a sandy area through which the Arenal stream descended.

What to see in Arenal street?

In 1871 the Eslava Theater opened, dedicated to zarzuelas, theatrical performances and other shows. But today it is far from being a theater of this style, since it was transformed into a nigh disco. This macro disco was inaugurated in 1981, the day after Tejero’s failed coup, it was a novelty in a very changing Madrid. It was a regular place for the protagonists of the Movida Madrileña – a music and cultural movement that emerged after the death of the Spanish dictator in 1975 -. Nowadays it has different types of sessions and live music.

Chocolate with churros, known to all tourists who visit us, is a gastronomic pride and a delight for Sunday breakfasts. In the alley of San Ginés there is the most traditional chocolate shop, which opens 24 hours a day, so chocolate addicts will always have a dose available here. Also at Christmas they open the ground floor of the Joy Eslava, because so many people go, they are left without a place! Church of San Gines, one of the oldest in Madrid

A few years after the christian reconquest of Madrid (1085) the archbishop of Toledo consecrated this church. It has a modern look because it has been rebuilt several times, after fires and landslides. This area was a sandbank so the foundations of the buildings were not very stable. In this church Quevedo was baptized and Lope de Vega married.

I do not know if it will be the oldest in Madrid (the sources disagree as to its year of creation), but it is certainly one of the most picturesque and photographed, with its tile roof and its tables and shelves in the alley. Many times we forget to look up, in this street there are beautiful buildings with wrought iron balconies, decorations with plant motifs and other details of modernism or «Art Nouveau», so characteristic of the bourgeoisie of the late nineteenth century.

At the end of Arenal street there is a square called Isabel II, but in Madrid we all know it as ‘Opera square’, for its metro station and the Opera Building. Here we can find some ruins of the old Madrid:

Reed more about some Fun Facts in Puerta del Sol in this post. 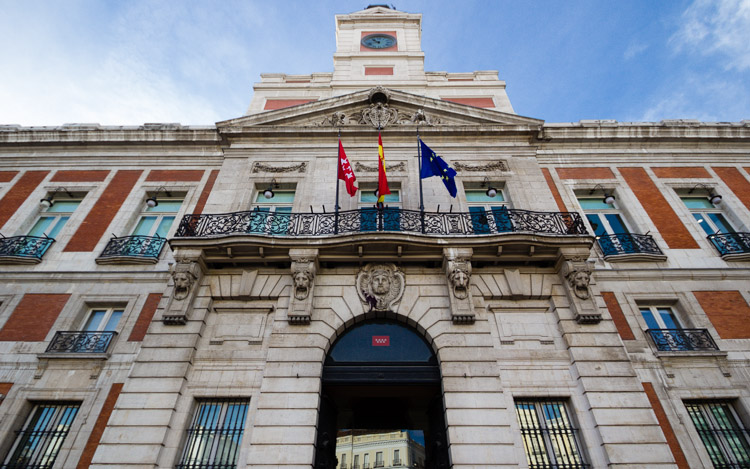 Origin of the name ‘Puerta del Sol’ In Spanish, La Puerta del Sol means ‘The door of the sun’, but could be more freely translated as ‘The gateway to the sun’. Here’s the short history Read more… 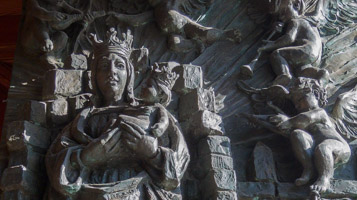 Why is it called Our Lady of the Almudena?

According to tradition, the name of the patron saint of Madrid came from the place where the figure was found, in the muslim “Almudayna” (citadel). Before Madrid was named Madrid and even before it was Read more… 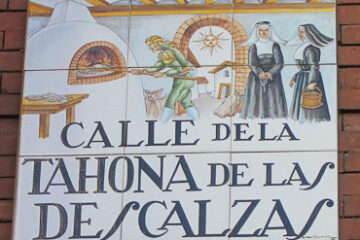 Names of the streets of Madrid